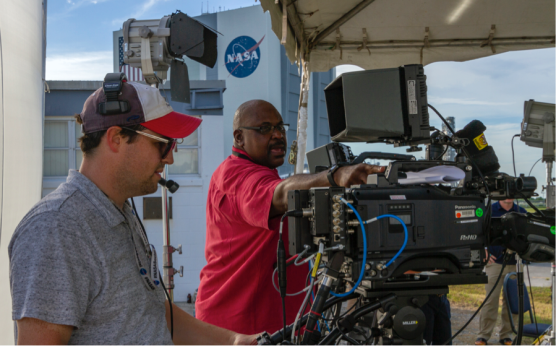 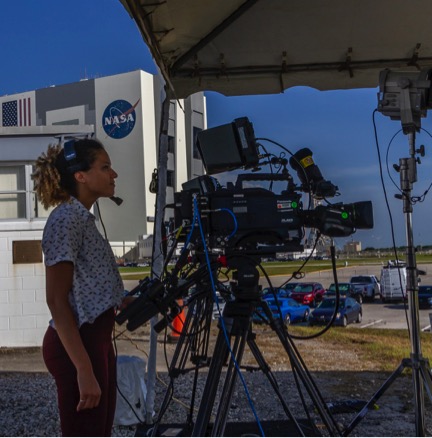 Dr. Eugene Parker had a theory over 60 years ago that created a firestorm of disagreement in the science community. 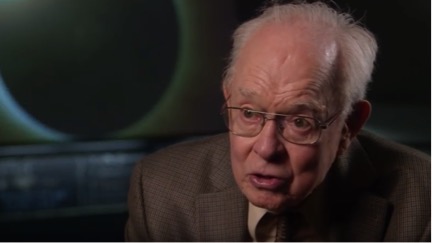 Sometimes people sound a little puzzled as to why do you want to go to such a hotspot?” Dr. Parker said “And the answer is because we have reason to believe that interesting things are going on.”

The Parker satellite will pass within 3.8 million miles of the sun’s visible surface — well within the shimmering halo of the outer atmosphere, or corona — the spacecraft’s heat shield will endure 2,500-degree heating while whipping past the star at a record 430,000 mph, fast enough to fly from New York to Tokyo in less than a minute.

The goal is to help scientists figure out what makes the corona hotter than the sun’s visible surface and what accelerates charged particles to enormous velocities, producing the solar wind that streams away from the corona in all directions.

This May, The Boston Red Sox, in partnership with commercial sponsors, hosted two STEM Education Days at Fenway Park. On May 30th, the AIMM team attended and filmed their Focus on NASA and Space event.

The event extended an open invitation to kids interested in STEM fields: Science, Technology, Engineering and Math. The morning featured displays, demonstrations and personal appearances by space engineers and astronauts. Over 4,000 kids attended!

The STEM Education Days Focus on Space and NASA event was sponsored by NASA Goddard Space Flight Center, Johnson Space Center, and many more technology institutions. School children from across the Massachusetts area were able to meet and speak with astronaut Sunita Williams and engage in hands on experiments and interactive exhibits. Afterwards, the students were treated to an afternoon Red Sox game.

AIMM is proud to have filmed Fenway Park’s STEM Education Days Event and to have witnessed young students engaging in STEM. For more information about our video production services, please visit http://www.aimmfed.com/services/production.html. 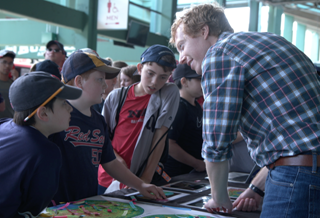 Orbital ATK is scheduled to launch its OA-8 mission to the International Space Station on November 11 with the five-minute launch window opening at 7:37 a.m. EST. The S.S. Gene Cernan Cygnus will launch aboard an Antares launch vehicle for the sixth time from NASA’s Wallops Flight Facility in Virginia. The spacecraft will deliver vital supplies and scientific equipment to the station as part of Orbital ATK’s Commercial Resupply Services (CRS) contract with NASA. Integration and testing of the Antares launch vehicle and Cygnus spacecraft are complete, and spacecraft encapsulation is scheduled for later this week. Watch the launch live beginning at 7:00 a.m. EST on launch day on NASA TV.

*Weather permitting, the launch of Antares from Wallops Island, Virginia, on November 11, 2017 may be widely visible along the East Coast. However, because this is an early morning launch, it is likely that the sun will interfere with viewing from most locations.*

Designed to provide responsive and low-cost access to space, Antares is a two-stage vehicle (with optional third stage) that provides low-Earth orbit (LEO) launch capability for payloads weighing up to 8,000 kg. Internally funded by Orbital ATK, Antares completed a risk reduction mission and a demonstration of commercial re-supply services for the International Space Station (ISS) under a NASA Commercial Orbital Transportation Services (COTS) agreement in 2013. Orbital ATK commenced delivery of cargo to the ISS under the NASA Commercial Resupply Services (CRS) contract in 2014.

Cargo is delivered to the station using Orbital ATK’s Cygnus spacecraft. The Cygnus spacecraft consists of two modules: the Service Module (SM) which incorporates the avionics, propulsion and power systems from Orbital ATK’s flight proven LEOStar and GEOStar spacecraft buses; and the Pressurized Cargo Module (PCM) which carries the crew supplies, spares and scientific experiments. The SM is integrated and tested at Orbital ATK’s Dulles, Virginia satellite manufacturing facility. The PCM is supplied by Thales Alenia Space and is produced in Turin Italy. 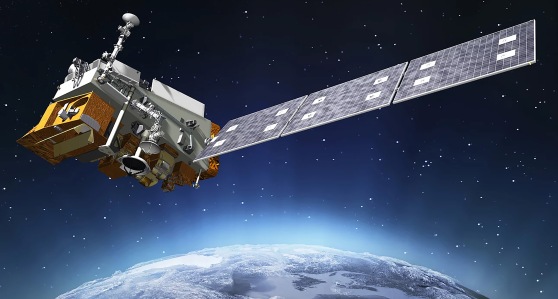 Officials from the National Oceanic and Atmospheric Administration (NOAA) and NASA are preparing for the upcoming launch of the Joint Polar Satellite System-1 (JPSS-1), the first in a series of four highly advanced NOAA polar-orbiting satellites designed to improve the accuracy of weather forecasts out to seven days.

JPSS-1 will use the most-advanced technology NOAA has ever flown in a polar-orbiting satellite to capture more precise observations than ever of our atmosphere, land and waters. It will provide meteorologists and other scientists with a variety of observations, including atmospheric temperature and moisture, sea-surface temperature, ocean color, sea ice cover, volcanic ash and fire detection.

The prelaunch news conference will be held at 4 p.m. EST.

Briefing participants will be:

Following the prelaunch news conference, a science briefing will be held at 5:30 p.m.

Briefing participants will be:

Media also can ask questions during the briefings via Twitter, using the hashtag #askNASA.

To learn more about the JPSS-1 mission, visit:

AIMM is a proud sponsor of the Maryland Space Business Roundtable. The Maryland Space Business Roundtable (MSBR) is a nonprofit organization for aerospace and technology businesses, universities, and individuals in Maryland as well as the surrounding national capital region that share a mutual interest in promoting a robust space community. The Roundtable provides a common ground for these companies to meet, interact, learn, and act on initiatives for future growth. 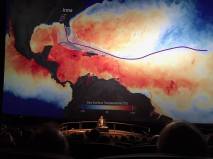 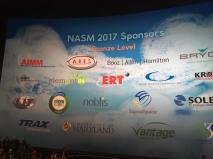 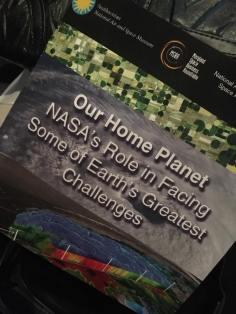 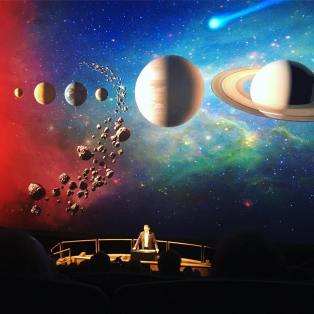 Last night, the AIMM team enjoyed the GSFC Fall Reception at the Smithsonian’s National Air and Space Museum, which is cosponsored by NASA and features a space science presentation at our nation’s premier space museum. NASA scientists, whose work is enabled by the MSBR community, offer their discoveries on our Sun, the solar system, planet Earth, and the universe that surrounds us.  Senior NASA officials attend along with Legislative members and staff.

Panelists were on-site to leading a broad range of discussions from whether or not Iron Man could really exist and using comics to teach STEM, to alternative careers at NASA. Innovations and exhibitions in science, space, and robotics were showcased to draw awareness, interest, and advocacy.

AIMM participated in the June 4, 2016 panel to discuss NASA’s James Webb Space Telescope (JWST): Storytellers. Other panelists included photographers, writes, web developers, and social media experts who tell the story of the NASA Goddard-built telescope, designed to see the earliest stars and galaxies forming after the Big Bang. The JWST will launch in 2018.

The Awesome Con Science Fair presented by Science Channel’s participants included [sponsor] Science Channel, NASA, the Smithsonian, the Department of Energy, the National Institute of Standards and Technology, the National Nanotechnology Coordination Office, the Society for Science and the Public, and Nerd Nite! 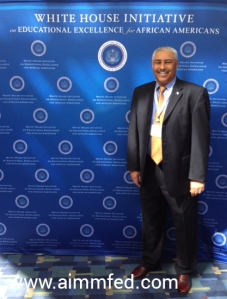 The mission of the Congressional Black Caucus Foundation, Inc. (CBCF) is to advance the global black community by developing leaders, informing policy, and educating the public.

For more information on the Congressional Black Caucus visit: http://www.cbcfinc.org/annual-legislative-conference/

We just came across this spectacular image posted by NASA this morning and just had to share! 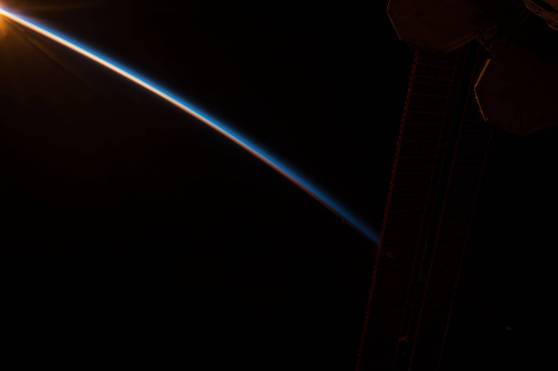 Earth’s thin atmosphere stands out against the blackness of space in this photo shared on Aug. 31, 2015, by NASA astronaut Scott Kelly on board the International Space Station. The station’s solar panels can be seen in darkness at the right of the image.

Kelly, in the midst of a year-long stay on the orbital outpost, shared the photo in a tweet: “Day 157. At the end of the day, #sunrise will come again. Good night from @space_station! #YearInSpace.”

NASA’s Global Hawk, based at NASA’s Armstrong Flight Research Center in Edwards, California, provides a unique vantage point for weather observations because it flies higher and longer than any manned aircraft. It allows data collection from 60,000 feet, an altitude nearly twice as high as manned aircraft, to the ocean surface. 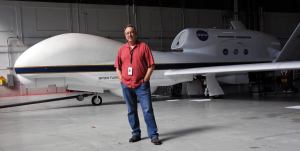 Only july 14, 2015, NASA’s New Horizons, captured the world’s closest and most-detailed image of Pluto ever.

NASA released this sneak-peek series of images that shows New Horizons’ view of Pluto during the final week of its almost 10-year, three-billion-mile journey to Pluto.

AIMM’s Jeff Elliott shared, “This is THE first time mankind gets to see Pluto and AIMM is excited to be a part of the distribution process.”